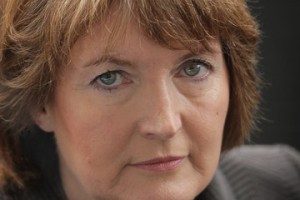 Harriet Harman’s ability to swerve the debate from truly clarifying the National Council for Civil Liberties’ (NCCL) connection to the Paedophile Information Exchange (PIE), to haranguing the ethics of the Daily Mail was, if avoiding the original issue, masterful PR.

Masterful in the fact that feminism has, with help from the liberal press and campaigns such as No More Page Three and The Everyday Sexism Project, become a more frequently debated subject by a broader audience and Harman, as a feminist campaigner, couldn’t have chosen a stronger hot topic to distract from matters at hand.

As Roy Greenslade in the Guardian has reported, attacking the Daily Mail and by default its 20% Labour voting readership wasn’t the best move for Harman to make as Labour’s Deputy Leader. Perhaps things could have been resolved more quickly if she just apologized. It’s true that the NCCL shouldn’t have associated itself in any way with a group as foul as the PIE (and it’s really baffling that they were allowed to exist).

But, Greenslade lets the Daily Mail off too lightly. Particularly post Miliband’s dad gate, the Mail will do anything to drag Labour through the shit and, with this new revelation, we see that they are taking MPs down one-by-one.  In the Newsnight interview, Harman did express regret about NCCL’s connection to PIE so she has apologized in a sense, the only think left for her to do to the Mail’s behest would be to writhe around in the dirt issuing apologies Clegg-style. And nobody wants that.

By retaining her integrity and standing her ground, Harman refused to bow down to the Daily Mail’s smear campaign and you’ve got to admire her for at least that. She has come out of this mess retaining her integrity. After all, her points about the Daily Mail were completely valid. How could the Mail give anyone morality lessons on decency when they consistently print photos of naked or semi-naked boys, men, girls and women?

The Mail has made a very important point about the importance of charities monitoring who and what they affiliate themselves with. In turn Harman has been able to say what many are afraid to. The Mail will continue to degrade girls and women by publishing indecent images and words – and this has got to stop.

Hi, I'm Alice. This blog is all about the representation of female identity in today's mainstream media. If you're interested in any of the issues raised here or want to ask a question, just drop me a comment or tweet @thefeministwave. If you're interested in feminist issues and specifically female identity in the media, then check out the charity Object @ObjectUpdate, Lucy Ann-Holmes's Ban Page Three Campaign @Nomorepage3, Caroline Lucas MP's work in this area @CarolineLucas or the charity UK Feminista @UKFeminista.

News feminist philosophers can use

Feminist perspectives on art, poetry, photography, literature and everything else in between.

Thoughts and rants from another angry woman

"Many shall run to and fro, and knowledge shall be increased"

The observations of the fabulous members of political science 474 - Women and Politics @ BSU.

Thought Catalog is a digital youth culture magazine dedicated to your stories and ideas.